When Should You Sell a Stock?

One of the biggest challenges for those who trade the stock market is working out when you should sell a stock. Usually a trader will be armed with many theories on how to pick the best trades to enter the market but when asked where they should exit, you often get a confusing array of examples that are, in most cases, more guess work than solid theory.

The fact is that if you want to be a consistently profitable trader, not only do you need to know how and why you are buying shares, but more importantly you need to know where and when you should sell a stock. 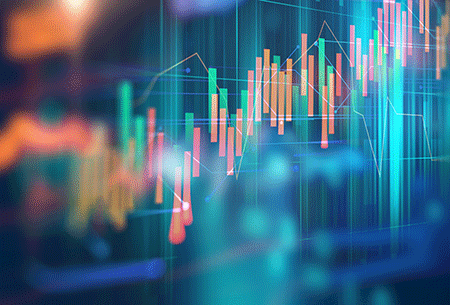 A common statement made by many traders is that they can only ever achieve a good profit if they can pick their entry well. However, while this statement has some merit, it is only partly true and, in my opinion, not the most important element of a successful trader.

It is possible that you can be right in your analysis less than half the time and still be profitable, as long as the winning trades outperform the losing trades. However, what I am proposing is that trading is not just about buying winning trades, rather trading for profit is about using sound money management rules and good exit strategies.

You may have heard the statement that you can’t go broke taking a profit. In my opinion, this is a myth that is not only detrimental to your trading but one that will set you on a path to financial mediocrity, as it will cost you a lot of money.

Cut your losses short and let your profits run

While we acknowledge we can be right less than half of the time and still make money, we can only do this if we allow our profits to run and cut our losses short. This is because you can be right four out of every five trades but your success and profitability will depend on how you handle each trade in regards to your money management and exit rules. Let me explain. 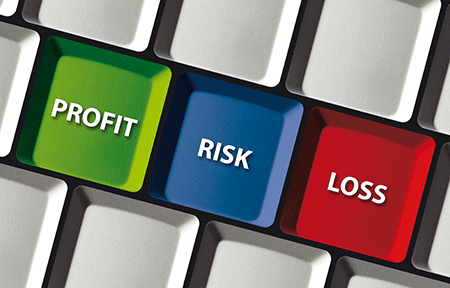 If you have four winning trades that make 20 percent each and a losing trade that loses 10 percent, then you are profitable. You would have made 80 percent profit and lost 10 percent, which means you have made 70 percent overall. However, you need to remember that if you lose 10 percent, you need to make 11 percent to break even again, as you have less capital to reinvest. Now let’s look at a slightly different example.

Let’s not forget the fact that when you lose 20 percent you need to make back 25 percent to break even. So the more you lose the harder it is to get back on top again. And if you allowed the losing trade to continue to fall to a 40 percent loss, you would be in an unprofitable position on your whole portfolio.

How many times have you decided to take profits on a trade before the stock told you that it wouldn’t rise any further, and how many times have you lost 20 to 40 percent on a trade? If you are not a consistently profitable trader, then you need to look at your money management rules and your exit strategies rather than spending time trying to pick the next big winner.

How do you know when to hold on and when you should sell a stock?

The answer is really dependant on the length of time you want to trade and the type of market you are trading.

Of the thousands of traders I have spoken to and assisted over the years, there is a very consistent theme that continues to shine through. Traders tend to exit profitable trades too early for fear of losing profits or they exit before the stock indicates to do so. As a result, the trader experiences a lot of minor losses and low profitability, which in many cases means they lose overall. 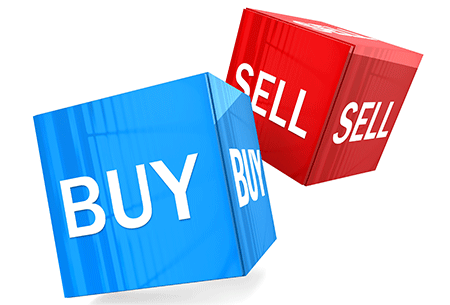 Remember, that the market is not 100 percent black and white; therefore, you need to allow room for the market to move. We cannot say that a market or stock will turn at an exact point in time or price, we can only indicate with a probability derived from our analysis that this will occur. One of the most important rules I have ever learnt is to always trade on confirmation rather than speculation, which means you should never make a decision until the market tells you what it will do.

It is very common after entering a trade for the inexperienced or uneducated to exit after a stock has moved down for a few days or even a few weeks, only to see it rise back up to make a nice profit after they exited, which usually results in lots of small profits. When I explain that this is detrimental to their overall profitability and that they should implement some rules to protect capital, they are often surprised to learn how much more profitable they can be by following some simple money management rules.

Using a trading plan to manage your emotions

Often a trader’s reaction to exiting a stock is based on their fear of losing and a lack of faith in their trading plan (if they have one) or their ability to be profitable. I guarantee you that if you have a written trading plan that you have back tested over many years, on many different stocks, that has proven you can be profitable, you will have faith in your plan and your ability to enact that plan. Indeed, this will give you the confidence to know when to hold on and when you should sell a stock.

I personally hand charted five stocks for a whole year before I started trading and I back tested my trading plan to make sure I could work it and make money. Yes it was hard holding back from actually placing my money on the market (which is common with most people) because in my mind I felt like I could be making money if I was trading. But the fact of the matter is that without the knowledge and confidence to understand how the stock will unfold, it is highly likely you will end up losing most, if not all of your money because you are ill prepared.

Think about it, if after reading a book on skydiving I said to you let’s go and jump out of plane, you would probably think I was crazy and a risk taker. In fact, I am sure if you were standing at the door of the plane with nothing between you and the ground, you would be wishing you had spent a lot of time practising the skill to ensure your success. The best traders I know spend a great deal of time practising and back testing their trading plans, and you can guess who are the most profitable on the market.

When is the best time to sell shares

As I mentioned previously, knowing when to sell will depend on the market you are trading. For example, if you are trading blue chip stocks over the medium term, then setting a price target on a profitable trade, which is common for many traders, is what I call financial suicide. This is because your job as a trader is to take the lowest possible risk each and every time you trade. 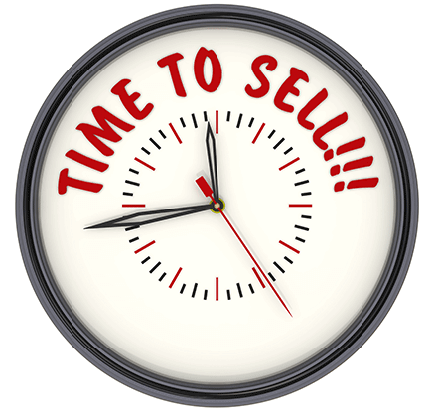 So why would you consider exiting a profitable trade when you know with 100 percent certainty that the stock is trending in the right direction. Not only will you be taking smaller profits but you will most likely enter another trade that you don’t even know will be profitable. If you are using trend following indicators, such as trend lines or moving averages, let these tools do the work for you by telling you when and where to sell your shares - do not second guess them by exiting early.

Setting tight stop losses on blue chip shares is another reason why many traders fail as they end up selling their shares too early for fear of losing. Once you enter a trade, you need to let the stock settle into a trend but if you set a stop loss of around 5 percent, for example, not only is there very little room for the stock to move but you will decrease your profitability. Therefore, the minimum you should set your stop loss to know when to sell your blue chip shares is 10 to 15 percent below your buy price, although this will depend on the volatility of the stock.

That said, regardless of the market you are trading, I cannot stress enough that the most important aspect to your success in the share market is to prove to yourself that your trading plan works by back testing it. If there are any deficiencies in your trading plan, it will dramatically increase your probability of losing.

I outline in my latest book, Accelerate Your Wealth – It’s Your Money, Your Choice, not only how to set various stop losses but also how to determine your overall profitability.

So, let me say, if you decide to heed the practicality of the information in this article, you will become a very profitable trader. If, however, you decide to enter a trade without knowing when the best time to sell your shares is, you are gambling. And unfortunately gamblers always lose. Consistently successful traders, on the other hand, are risk managers who understand that gaining a solid education in trading the stock market will pay them back tenfold.

Others who read this also enjoyed reading:

Invest in yourself. Study with Wealth Within now to fast track your stock market education and begin the journey toward financial freedom. Because lifestyle matters!

Learn More About Our Trading Courses